After an extensive research and investigation into the city branding, the conclusion it comes was that the logo should equip themselve with certain identifiers that involve a graphical link between corporate image and the city.

This passed through the inclusion of the Giglio (identified with the city since the Medici´s time), the use of a simple and straightforward visual style cause the city have extensive roots in the Renaissance and the implementation of the purple color because it was a cultural background to take into account. To do so, in the construction of the logo we use a font as clear as possible, sans serif, but at the same time impressive, dynamic and elegant. With the Century Gothic the logo enhances these values at a time that gave consitency to the graphic image. Following the visual style widely used in various cities, we replace some element of the word Firenze to reinforce the image to convey.

To do this replaced, the main concept strategy was to change the “n” for the Giglio with what achieve a dynamic image, modern and attractive at a time, to reflect broadly the cultural values that have made the city famous. 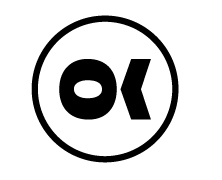